‘No vision?’ That's the question Mark Dever poses to us at the beginning of this small yet insightful book; God and Politics. Does Christianity have anything to say on society, state, government, and what does that mean for its followers today? Although a mere 50 pages, Dever takes us jet-setting across the bible, from Genesis to revelation and everything in between setting out what he argues is a biblical case for political engagement. Dever is emphatic in his claims;

'Jesus establishes a biblical theology of government, and he applies it to the new phase in history of God’s people that he was beginning.’

‘Give back to Caesar what is Caesar’s’

The crux of Dever’s argument is set out in Mark 12:13-17 with Jesus’ interaction with the Herodians and Pharisees and his famous response ‘Give back to Caesar what is Caesar’s and to God what is God’s.’ He proceeds to argue that this ingenious statement legitimises the pagan state. That Jesus is saying that a government, even a hostile one, should be honoured and respected. Expanding on this point he shows us that government is not only necessary but is in and of itself a good thing given to us by God. That the cultural mandate given in Genesis 1:28 'fill the earth and subdue it’ Is a cue for humanity to form structures and institutions that bring about order and enable society to thrive. Like all creation, it should reflect the character of God. As Dever points out; ‘Authority, by its very nature reflects God.’(20) It is in this light that Christians should be model citizens, seeking to bless the society they find themselves a part of and supporting the institutions that lead them. As Dever quotes from Romans 13;

‘…for the authorities are God’s servants, who give their full time to governing. Give to everyone what you owe them: if you owe taxes, pay taxes; if revenue, then revenue; if respect, then respect; if honour, then honour.’

'Give…to God what is God’s’

Dever continues in his argument with the second part of Jesus’ famous statement. ‘Give…to God what is God’s.’ Living in the reality of a fallen world, no earthly kingdom will perfectly reflect the character and authority of God.

Dever argues that if we are under a perfect God and an imperfect authority then we must allow space for civil disobedience when an authority commands something that is morally wrong.

‘By obeying you would be obeying a true but lower authority and contravening something which the highest authority, God himself, has told us, and that would be morally wrong.’

So though we are to obey earthly authorities, they are ultimately, limited. Dever expands the implications of these teachings to other aspects of the Christian life. He shows us that Jesus was no theonomist but his teachings demonstrate that Christianity is for all nations and not beholden to a particular state, regime, ethnic group, or political party.

The book is immensely helpful in highlighting what the bible has to say on government, God, Christians and how they should work together. It’s brevity enables you to quickly grasp the core arguments for engaging in the political square and importance of governing authorities and our ultimate calling to serve the living God. For those who would like a closer inspection of the main arguments for political engagement, they would be better served elsewhere. Dever never intended for this to be an in-depth work, but to write something that will leave you excited at our calling as christians in the world.

A vision of hope

Ultimately, the most exciting takeaway from this book is the answer given to his opening question; Is there a Christian vision for political engagement? The answer? Absolutely. A glorious one that enables us to serve society, regardless of its loyalties, to the best of our abilities whilst acknowledging a greater power to whom we are all accountable. A vision that takes into account our local contexts yet does not limit our scope. A vision that

‘gives us hope to endure…and to work and hope for something infinitely better.’ 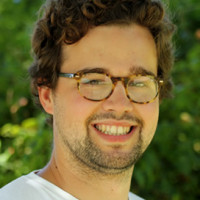 As an undergraduate, Peter studied Cello at the Royal Welsh College of Music and Drama. Whilst there, he got involved in student politics, and was elected as Students’ Union president for 2 years and …

View all resources by Peter Harris