Gleaning and the Global Economy

The Old Testament gives various commands and principles for organising and governing society. But how do we apply these today? Evan shares some of his thoughts and suggestions for what we might learn from the principle of gleaning.

You know it’s been a strange year for the economy when supermarkets tell you to stop buying food, and a Conservative Government starts providing the whole country with dinner money.

And, although some businesses have sacrificed profits for the sake of the country, others have done the opposite. In the midst of the worst global health crisis since the Spanish Flu, the cost of respirator masks has more than doubled, while the price of body bags has risen by over 1300 percent.

Most of us, including those of us who think that acting in our own self-interest tends to make everyone richer, will be deeply uncomfortable about some of the profiteering that has occurred over the past year.

You don’t have to be a raging leftie like me, to think that my mother shouldn’t have had to spend £20 on a small bottle of hand sanitiser to help keep my disabled, 90-year-old grandmother safe from an infection that could have killed her.

One of the many things that the pandemic has made clear is that some transactions have moral value. Christians of different political persuasions may disagree about the extent of that moral value, but I don’t think we can deny that it is sometimes a sin to pursue our own economic self-interest.

While the Bible is curiously silent on the specifics of economic policy, the Old Testament provides us with an underlying principle that should change the way we see the economy. It’s embodied in the biblical practice of gleaning - that is, the practice of leaving the corners of fields unharvested so that the produce could be collected by 'the poor and the foreigner' (Leviticus 19:9, ESV).

To think of gleaning as an act of charity misses the point. Let’s be clear: God commanded the farmers of Israel to make less money so that the economically disadvantaged would have a means of providing for themselves.

The farmers were not allowed to harvest the corners of the fields because those crops did not belong to them. Instead of receiving the gleanings as a gift, the poor claimed them as their right.

While it is true that much of Leviticus is, thankfully, not directly applicable to us today, Christ has fulfilled the law rather than abolished it. The Law demonstrated what righteousness looked like in the Israelites’ particular context. Neither we nor they, could ever have fulfilled the law, which is why Christ had to fulfill it on our behalf.

But that fulfillment didn’t relieve us of the duty to act righteously. The laws of the Old Testament are not arbitrary. Each one of them, even the most obscure and seemingly bizarre, tells us something about what God judges to be good. And what God judges to be good did not change with the fulfillment of the Law. And so, the principle behind gleaning - that self-interest cannot be the sole consideration in our economic activity - is still relevant to us today, even if we are free to apply it differently.

Times have changed, but we can still be guilty of harvesting to the edge of the fields. All too often, we hear clearly unethical practices justified on the grounds that business owners are ‘just trying to make a living’ or ‘just getting the best deal for their shareholders’, as if that somehow waives all moral concerns. So much of the injustice we see in our economic system stems from the fact that many of us want to harvest to the end of our fields. Too often, we act as if there is an inalienable right to make a profit, ignoring the responsibilities we have to others.

When a company makes millions of pounds in profit but structures its business to avoid paying tax, it is harvesting to the ends of its fields.

When a manufacturer pockets billions while using employees so overworked that some of their factories come equipped with suicide nets, it is harvesting to the ends of its fields.

And when businesses ramp up the price of hand sanitiser in the middle of a pandemic, they are harvesting to the end of their fields.

It’s true that plenty of consumers and businesses have made an effort over the past year to consider the interests of others as well as their own. But that shouldn’t just be the case during a crisis.

As Christians, all of our lives should be transformed by Christ. Yet we all have our blind spots, where our actions are identical to those around us. The way we think about the economy - whether that is how we earn our money, how we spend our earnings, or how we approach it from a political point of view - is often one of those areas. How different our economy would be if, coming out of this crisis, our prayer was that the Holy Spirit would lead us to stop harvesting to the end of the fields. 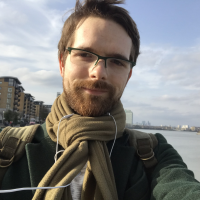 Evan works as a Policy and Public Affairs Advisor at a charity in London. In his spare time, he enjoys writing, cooking, and watching Doctor Who.

View all resources by Evan John