We live in a society marked by rising intolerance towards beliefs and behaviours seen as outside the ‘mainstream’. Much public debate, especially on social media, is impatient, acrimonious, bullying and toxic. This is often so when Christianity or other religions are in the line of fire but it can apply to any minority. This is deeply ironic for societies priding themselves on being ‘liberal’. Liberalism is not only failing to protect pluralism but is also imposing its own forms of illiberalism. It becomes very difficult for Christians, indeed anyone, to follow Paul’s injunction to, ‘so far as it depends on you, live peaceably with all’ (Rom. 12: 18).

Paul knew what he was talking about. The Roman empire into which the church was birthed was a cauldron of multi-faithism, contained by an imperial orthodoxy imposed by force. The church had to find a way to hold fast to the truth of the Gospel in the face of both widespread religious and cultural pluralism and the threat of state persecution. It refused the option of a private society, which would have given it a much quieter life. Because it confessed that ‘Jesus is Lord’, it had to defend the Gospel as public truth – to its cost.

By the fourth century, however, Christianity was officially tolerated. This was a stunning turnaround for a persecuted minority and was rightly experienced as a providential liberation. But not long afterwards, a fatal development occurred. Christianity was not just permitted but prescribed. It was imposed by force across the empire, and minority faiths like paganism or Christian heresies were persecuted. Instead of opposing this as fundamentally contrary to the Gospel, much of the church came to support it. Later, as Christian kingdoms in Europe emerged, the church continued to defend the duty of government to impose ‘true religion’. This idea was not seriously challenged until the arrival of the Protestant ‘Dissenters’ in the seventeenth century. They rediscovered the idea that true faith must be free faith, and that the state under God has no authority to impose any faith on its subjects or privilege or favour any church. It took another two or three centuries before European churches generally accepted this (and some still don’t).

This compromised history left deep within the church the aspiration for a ‘Christian nation’ in which Christianity should enjoy unique public privilege (even if no longer defending religious coercion). Some Christians have still not entirely let go of this aspiration. They hold, even if tacitly, that the state must officially defer to the church’s viewpoint and explicitly favour Christian views in law and public policy. Even those who don’t share that view still struggle to learn again to be faithful to ‘the Gospel as public truth’ amidst deep religious and moral pluralism in which Christianity can enjoy no official pre-eminence. It is a perennial challenge to the church and there are no simple answers. So we must continue to work for a biblically-based, post-Christendom theology of public pluralism that can speak wisely and boldly to our societies. Three guiding principles can help us.

First, while the New Testament clearly teaches that the state stands under God and is accountable to him, it does not teach that the state is empowered to favour any one religion over another (see Romans 13). The whole thrust of the New Testament is that the ‘old covenant’, in which biblical Israel was a ‘theocracy’, has been superseded. Under the ‘new covenant’, the people of God are a voluntary global fellowship called to be faithful in any nation and under any political system. God certainly calls the state to administer justice in the public realm. But he does not authorise it any longer to promote true faith – that is the unique task of the church. It follows that justice also requires the state to protect the religious rights of non-Christian faiths.

Second, these religious rights apply to both individuals and institutions. Christians, then, should be at the forefront of those defending general religious freedom rights for people of all faiths – including ‘secular faiths’. It is inconsistent to stand up for the rights of Christians to express their faith in public settings, such as in the workplace, or in open-air preaching, while remaining silent when Muslims, for example, face restrictions on wearing religious dress or access to a prayer room in similar settings. But it is just as important to defend the rights of religious institutions as it is of individuals. Such institutions include not only churches, mosques or temples but also faith-based organisations such as schools, charities, campaigning groups or adoption agencies. Such organisations are increasingly facing restrictions on their freedom to govern themselves according to the requirements of their faith. This occurs, for example, when they seem to run afoul of equality laws infringing their right to care for vulnerable people (such as those with addictions) in ways consistent with their views of personhood or healing. It also occurs when such laws seem to prevent them from appointing staff fully committed to the organisation’s doctrinal and behavioural expectations.

The defence of such ‘institutional religious freedom’ is part of a larger principle of Christian political theology. This is that God has made human beings in such a way that they need to form many kinds of institutions in order to fulfil the diverse tasks involved in caring for and developing creation – in ‘imaging God’, which means ‘representing God’ (Gen. 1:26). Today, for example raising and educating children requires families, schools and universities; producing needed goods and services requires businesses and trade unions; expressing artistic gifts requires artists’ collectives or galleries; and so forth. The church is a unique institution in that it arises not from creation but from redemption. But all such institutions need public space to exist and may need public support and protection. Christianity strongly favours such ‘institutional pluralism’. Without strong institutions, individuals are left adrift and vulnerable, and states are tempted to dominate society.

Third, what does it actually mean for the state, under God, to ‘administer justice’? Here we need to draw on the entirety of the Bible, and on centuries of Christian political theology and practice, to formulate a powerful account of justice that can address a complex modern society. Protecting religious freedom is only one part of justice. Justice also requires laws and public policies that redress poverty and social exclusion, shore up the family and protect the abuse or sexualisation of children, promote access to affordable housing, support public health, combat environmental destruction, protect the life of the unborn and the vulnerable elderly, and more. On such issues, Christians should have definite, perhaps distinctive, views. In order to advance such views, they should avail themselves of all the legitimate channels of democratic influence available to everyone else. While they should renounce the idea of an officially Christian nation, they should remain faithful to ‘the Gospel as public truth’ in all these areas of public life – sometimes with, sometimes against, other communities of faith. That is a vital part of living faithfully amid conditions of pluralism. 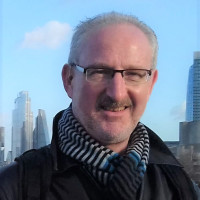 Dr Jonathan Chaplin is a member of the Centre for Faith in Public Life at Wesley House, Cambridge, and&nbsp;Senior Fellow of the Canadian Christian think-tank Cardus.&nbsp;He is former Director of …