Do you feel that the world is broken? So begins the worship song ‘Is He Worthy’. If we are honest, this is ultimately what everyone is saying. All of society, no matter where you are coming from, believes our current situation is broken. It is the question of why, that Lewis sets out to answer.

In the Abolition of Man, C.S Lewis engages with the rising relativism that was encroaching on the education system. This work of Lewis’ is also linked to his book ‘That Hideous Strength’; what Lewis attacks here is what actually happens to Mark Studdock.

Abolition of Man was a series of lectures given at the University of Durham and each of the three chapters were individual lectures given over the course of three days.

The first lecture is titled ‘Men without Chests’, which is an examination of what has been happening throughout the education system. It is clear that Lewis is frustrated at the rich inheritance of great works and critical thinking he sees as being taken from the young child. So often what has happened is that things such as the good and the true are seen as objective realities yet stuff like beauty and language are often seen as subjective realities.

And so, in this lecture, Lewis sets out to explain the problem with relativism and subjectivism. He also is interested in the difference between propaganda and propagation. The Green Book is the perfect example of just this issue as Lewis himself states:

“It is not a theory they put into his mind, but an assumption, which ten years hence, its origin forgotten and its presence unconscious, will condition him to take one side in a controversy which he has never recognized as a controversy at all. The authors themselves, I suspect, hardly know what they are doing to the boy, and he cannot know what is being done to him.”

The relevance for us is that we have often bought into this relativism, and so there is a call to understand the importance of an objective worldview. C.S Lewis, like so many cultural and public theologians of the 20th century, was able to place his thumb on the real issues. One cannot help but hear in the final words of this chapter, a good description of our current society:

‘We make men without chests and expect of them virtue and enterprise. We laugh at honour and are shocked to find traitors in our midst. We castrated and bid the geldings be fruitful’.

Essentially, we want the blessings without the foundations and yet as Lewis will show us that is not possible.

In this second lecture, Lewis starts from a really provocative point, and yet in many ways is spot on. As I write this, I can’t help but think how we as a society have accepted the Green Book and therefore hit the self-destruct button. Truths about gender, society, and life have all fallen away and today the foundations of our society are being torn apart, and yet the answer for how to respond is given to us here in this lecture from almost 70 years ago.

Lewis demonstrates how the presuppositional framework which relativists rely upon, cannot stand on its own terms. As he states at the beginning of this chapter:

“Their scepticism about values is on the surface: it is for use on other people’s values; about the values current in their own set they are not nearly sceptical enough.”

As he states, the standard, which they apply to every other system of belief, cannot be applied to their belief system as it would not survive their own scepticism. The major argument of this lecture is what can be called the inescapable concept. This means that at the root of every worldview there is an unquestionable assumption and Lewis argues for what he refers to as the Tao (pronounce with a ‘d’ not a ‘t’).

The Tao, in Lewis’ view, is the concept of a universalising principle and sense of morality that has been found and valued throughout traditional cultures of many varied and different types. I use the term ‘traditional’ as it is clear today, we have cultures with no concept of the Tao. The Tao allows Lewis to demonstrate to his audience what they all know without having to get really particular.

Lewis skilfully demonstrates that this concept is the only foundation on which anything can be argued or reasoned with. The Reformed Apologist Van Til put it in more explicitly Christian terms, when he states that without the triune God of scripture you cannot prove anything. For us as Christians who want to engage meaningfully in the public square, we have to be ready to bid farewell to the concept of neutrality and stand boldly on the basis of the Christian worldview being truth. By implication, therefore, all other worldviews cannot be true – rather they borrow capital from our worldview to make their case.

The question then is what happens when the principle of the Tao is denied?

The Abolition of Man

It is in the final of these three lectures that Lewis brings his argument to its conclusion. He points out that in accepting radical relativism arguing for our ability to redefine reality, we have essentially done away with the stability and value of the Tao. Lewis argues that this culture, which has done away with the foundations of society, has stepped into the void.

As you read this book, you could be mistaken in thinking he is speaking directly to our culture, but I think what Lewis does is act like a prophetic voice of where his world is heading and for us, he acts as a beacon call to what we need to return to, and that is an objective grounding point.

Abolition of Man is a book that yells loudly in our culture and yet was written to a world that, at least externally, was more Christian. For those of us who are in politics and engaging with topics such as abortion, the LGBT movement, corruption, and public integrity, I think Lewis would call us to stand and embrace the Tao and proclaim why the Christian worldview will ultimately lead to true human flourishing. 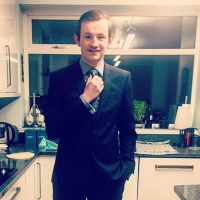 Bradley is currently&nbsp;an&nbsp;undergraduate studying politics and history at the University of Sheffield. He can often be found with a book, and enjoys pubs and hanging with friends usually …

View all resources by Bradley Endsor