A Christian Approach to Criminal Justice

Given that justice is a core theme at the heart of the Bible how should we, as Christians, approach the topic of criminal justice? Here Sophia takes us through some of her thoughts. Sophia worked for a member of the House of Lords and was the researcher on a Ministry of Justice published report about prisons.

In September police officer Andrew Harper was brutally murdered.[1] As we read the harrowing news headlines such as these, we long for justice. For the killers to face trial, for vindication for the victim, for comfort for the families.

But hearing perpetrators stories can also cause us to long for justice for them, not just for their victims. For example, in October a new-born baby died in prison after a female prisoner gave birth in her cell alone.[2]

So what does the Bible say about criminal justice - for both perpetrators and victims?

Old Testament criminal justice has been seen as synonymous with harsh retribution conjuring up graphic images of ‘an eye for an eye’.[3] However, the overarching narrative is one of redemption and God’s plan for restoring relationships.

Take, for example, the punishment for theft from a neighbour laid out in Leviticus 6:1-7. In this passage multiple levels of retribution are enacted with the purpose of restoring relationships between the community, the state and the Lord.

In the Leviticus passage the wrongdoer is ordered first to return what was stolen. This offers a basic level compensation to the victim of crime and returns the item to the rightful owner. However, only after the value plus an additional fifth is paid is ‘restitution in full’ achieved. Then the offender is swiftly reintegrated with their community. There are no long drawn out sentences or enforced isolation from the community. Once the victim has been recompensed the offender is brought back into fellowship with their neighbours. This restores the community relationship.

We see here that the responsibility for enacting punishment lies with the ruling authorities alone. This is made clear by Paul who states that rulers are ‘God's servants, agents of wrath to bring punishment on the wrongdoer.’[4] It was important that the community see a public response to crime in order to avoid private vengeance and ongoing feuds. For those convicted of guilt reintegration into the community was quickly achieved.

So how can this relate to our current justice system?

The criminal justice system is straining at the seams with the prison population growing year on year [5] and thousands of lives being ruined both by being either a victim or perpetrator of crime – and often both. Thousands of victims, millions of pounds, countless wasted lives.

It is an issue easy to ignore as those most effected are locked away. Literally out of sight, out of mind.

Yet, Jesus brings their plight right back to the fore. When describing the judgement at the end of time Jesus says that ‘I was in prison and you came to visit me’. [6] Staggeringly concern for those within the criminal justice system is considered a marker of true faith.

However, investing in rehabilitative criminal justice is not a vote winner. Although promises of harsher sentences may win some support at the ballot box the public is rarely informed regarding their efficiency. Re-offending rates are high - at 62.2% for those on sentences of less than 12 months.[7] These short sentences do not have time to engage with the root causes of crime.

Currently the system ensures that the relationship between the individual and the state is settled by serving the agreed sentence, but this does not restore the relationship between the convicted and their community. As shown by the high re-offending rates, those released often struggle to integrate to ‘life outside’. They may have settled the legal debt but their place in a meaningful community is missing.

Relational breakdown is one of the key factors that drive people to crime. A landmark study found that 63% of male prisoners’ sons went on to offend themselves.[8] Prisons report working with the third generation of offenders. 60% of female offenders indicate that they have been victims of domestic abuse[9] and 31% of women in prison have spent time in care.[10] Without the reliable network of stable support it is no wonder many choose crime.

But good relationships can be transformational. The effect of early experiences can be reversed when ‘safe, stable, nurturing relationships are identified, breaking the cycle for future generations’.[11] This relational aspect to justice is slowly gaining traction. Parenting Inside, a programme in Britain’s biggest prison, encourages men who have young children to accept the damage they’ve caused in order to try and repair it. Their re-offending rates are drastically lower than the national average.

Relationships in rehabilitation is part of a Biblical approach to criminal justice. It is not a soft option. It is costly. It goes beyond serving the state-agreed retribution for the crime. It requires offenders to face up to their responsibilities, to acknowledge the suffering they have inflicted, and to commit to the tough, hard work of rebuilding those relationships piece by piece, or facing the fact that some can never be recovered. For some a harder task than simply time inside.

And it mirrors the gospel. God did not brush our sin away lightly. He rightly demanded a punishment to be served through the death of Christ. This restored our relationship to the moral law.[12] It restored our communal relationship, breaking down the wall of hostility between divided peoples.[13] And it restored our spiritual relationship. We were not just legally right before God but drawn into an eternal renewing, refining, lifegiving relationship with a Father.

It is relationship with the risen Christ that transforms us. Offering redemptive relationships to those in our criminal justice system who have often only experienced broken ones points to that. 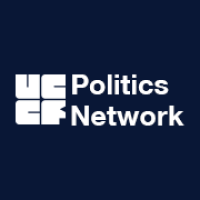