Few politicians in recent times have been as vocal about their faith as Tim Farron, the MP for Westmorland and Lonsdale, who was the leader of the Liberal Democrats between 2015 and 2017. At the LSESU CU, we are always eager to speak to Christians who have made an impact on the world around us whilst openly following Jesus, so we were delighted when Tim accepted our invitation to speak as part of our Events Fortnight. With the theme of Image, CU member Oliver Wilderspin interviewed Tim on the topic "We Don’t Do God", exploring his journey into politics and into faith, before bringing them together to explore the impact of the Gospel on Tim’s political life.

Tim has been fascinated by politics since he was a teenager. It was shows like Spitting Image which captured his interest with its satirical portrayals of figures like Margaret Thatcher and David Steele. By connecting these "interesting, colourful people" to experiences in his community in Lancashire, he realised that politics was a way to make a difference. His first step was to join Shelter, the homelessness charity, and after thinking about how the economy worked and how decisions made by the government impacted individuals, he decided at the age of 16 to join the Liberal Party.

Nineteen years later, after standing but failing to be elected in three previous General Elections, Tim Farron finally walked through the doors of Westminster in 2005, after he was elected as the MP for Westmorland and Londsdale in Cumbria. He realised it would mean a big change in his life, for example, he wouldn’t be able to see his wife every evening, but he was honoured by the responsibility that he had been given to "love and serve his community".

I’m sure I didn’t want it to be true. I wasn’t an avowed atheist, I was a fairly satisfied agnostic

Similar to his political journey, his journey in faith also originated in his teenage years. At the age of 18, his mother’s job led the family to briefly move to Singapore, where the wet weather led to many days spent indoors. Looking around the room in the house they were staying in, he found some books, and with nothing else to do, he decided to read them. There were some 'normal' books, such as Winnie the Pooh, but he also found "these weird God books". He remembers one night in particular when he suddenly realised "Oh flip, it’s true!" “I wasn’t looking for it”, he told us, “I’m sure I didn’t want it to be true. I wasn’t an avowed atheist, I was a fairly satisfied agnostic”. He recalls how his mother taught him the ‘very British’ view to be "very sceptical about anybody who’s too keen about anything" so he definitely was not a person who was set to become a committed Christian. However the truth of what he was reading struck him. “And if it was true then Christianity was dynamic and it had a relevance to [him] and it wasn’t some old story, it wasn’t just an interesting philosophy 2000 years ago that we only knew bits of, we knew the fundamental, most important things about Jesus.”

Even further back, he can remember that when he was a boy, he overheard a Christian man asking his mother and her friends to invite Jesus into their hearts, and he remembers thinking "this sounds really important, I’m going to do that". He said that “there’s no doubt whatsoever in [his] mind that God was not doing something else whilst [he] said that very innocent prayer” that evening. “He was there, He heard and He does not smear or sniff at the innocent, naive, half-baked prayer of a nine-year-old kid and that gives [him] great confidence that [he’s] in the hands of one who values [him] and values you”.

Tim spoke of the suspicion that many people in politics have for Christians. “We might be quite comforted if our politicians have a faith”, he said, “but we don’t want them to be zealots”. Discussing the Alistair Campbell quote “We don’t do God” which was the title of our event, he said that he understood why Alistair Campbell, whose job was to get a message across, sadly saw Tony Blair’s faith as a distraction. But there are many Christians in Parliament, who do meet up to discuss their faith. Once a week, in the morning, he meets with about a dozen Christian politicians for Bible study, none of whom are in his party, and he says it’s great to just talk with the other side and be passionate about the things that Jesus is passionate about.

The theme of our Events Fortnight was Image, so we were keen to discuss the stereotypes of Christians, especially in the world of politics. Tim argued that “Jesus doesn’t need a rebrand”, and it’s important to stay true as Christians to what we believe, “[he] has never thought that [his] job as a Christian in politics is to legislate to make people who are not Christians behave as though they are”. “Christians in politics should seek to be gracious, in how we can be very passionate about things, but try to be gracious and have self-control and understand that you are also a sinner. That doesn’t mean you should be socially neutral . . . integrity matters and we should speak out about those things and evil, but we should be very careful that we’re not being pompous and not arrogant.”

On the issue of miracles, and the seemingly unbelievable stories in the Bible, Tim argued that once you accept the existence of a god, it’s all rather easy to understand. “If there’s a god then believing what Jesus said is actually a piece of cake”. If a god can create the universe, then it’s easy to believe he can manage a miracle such as a virgin birth or resurrection. Tim acknowledged that it can be hard to take the leap of faith to believe in God and what the Bible describes, but said that “if there’s just a one per cent chance that what [he’s] saying is true, then you mad not to check it out”. “Don’t be fooled that trusting Jesus is irrational”, he says.

Don’t be fooled that trusting Jesus is irrational

We asked Tim to sum up the Christian message in one or two sentences, and he summed it up like this, taking quotes from the Bible: all have sinned and fall short of the glory of God, the wages of sin is death, and the gift of God is eternal life through Christ Jesus. “So there you’ve got the problem and you’ve got the solution, and it’s as simple as that. The great news is it’s not Jesus and something else, it’s just Jesus”

Following the fireside-style interview led by Oliver, the event moved into an audience Q&A through Sli.do, in which attendees (both online and in-person) could submit questions and vote on others they were interested in. With over 20 questions submitted, this was an extraordinary opportunity to see students’ enthusiasm to engage with faith through politics.

Asked by the audience whether it’s possible to separate faith and politics, Tim said no. “The reality is we’ve all got a world view. There’s no such thing as neutrality. Christians shouldn’t leave God at the door where a Marxist can take Marxism into the chamber, or an existential nihilist can take their worldview in.” However “[he doesn’t] think we should legislate to make people who are not Christian behave as though they were. We shouldn’t be forcing our worldview on anyone, we should try and argue to make that case and seek to live it out consistently in our own lives, and that applies for all world views.”

The reality is we’ve all got a world view. There’s no such thing as neutrality.

The penultimate question to Tim was to ask what advice he would give to someone wanting to get involved in politics. “It’s not the ultimate system,” he said, “we can get very panicky about who’s in Number 10 or who’s in the White House or whether this proposition or that proposition wins a referendum, and I’m not saying these things aren’t important, but they’re not ultimately important. All empires, all kingdoms, all terms of office, all referendum results, they’re temporary. They’re all temporary. So do not panic, but do care.”

“My advice to you and my encouragement to you if you’re thinking about getting involved in politics, current affairs, work in your community, is don’t panic. It’s not ultimately important, but it flipping matters because the people involved really matter to Jesus and matter to God. So you should get your hands dirty and get your heartbroken.”

To end, we asked Tim what advice he would give to someone who wants to learn more about Christianity. He recommended reading the Gospels, and Lee Strobel’s book ‘The Case for Christ’, to learn more about what Jesus taught and why it matters. And he summed up with the very simple piece of advice: “don’t stop seeking until you’re certain it’s not true”.

The event was a great opportunity to hear from someone who has been so open about their faith in public life. There were many lessons to take from what Tim said for people interested in going into politics, but the things he said have a universal application beyond the world of Westminster. It’s important that we stay true to Jesus and his teachings, whilst also being respectful of those who choose not to do so. And we mustn't try to control how others behave, nor act superior to them (“let him who is without sin cast the first stone”). 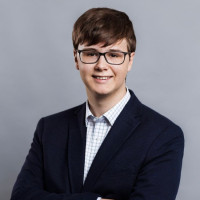 Oliver Wilderspin is studying International Relations at LSE. He comes from a Christian family from Jersey, and has a passion for politics.

View all resources by Oliver Wilderspin 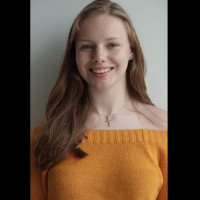 An International Relations and History student at the LSE keen to learn more about serving God in the realm of politics. In free time enjoys sketching in the National Gallery and drinking copious …

View all resources by Helena Turner