In recent years, a variety of social movements have pervaded the media. Many companies, organisations and individuals quickly adopt these ideas to be on the right side of history. For example, Rebecca Mclaughlin points to yard signs in her neighbourhood with the following sayings: this house believes that Black lives matter, Trans rights are human rights. As Christians, we can sometimes feel like we either have to firmly plant these signs or break them down. However, in The Secular Creed, Mclaughlin investigates the claims behind these movements ‘through the lens of scripture and in light of culture’ to distinguish ‘ideas Christians can and must affirm from ideas Christians cannot and must not embrace.’[1] Mclaughlin argues these claims are often built on Christian ground. Nonetheless, Mclaughlin is also honest in pointing out the ways that Christians have failed to live as the Bible has told us to and thus the first step forward is repentance.

Mclaughlin divides this book into five main chapters 1) Black lives matter 2) Love is Love 3) Gay Rights are Civil Rights 4) Women’s Rights are Human Rights 5) Transgender women are women. One of her key arguments is of humanity’s fundamental equality before God because we are made in His image. The 1776 Declaration of Independence states that ‘we hold these truths to be self-evident that all men are created equal’ but it is not, in fact, self-evident as there is no basis for equality and rights without a belief in God.[2]Yuval Harari mentions in Sapiens that without the Christian perspective, human beings have no natural rights just as animals have no natural rights.

If we have no natural rights, there is no reason to love across difference or treat people equally. However, biblically, humans are imago dei and so each individual must be treated according to their inherent God-given worth. Revelation gives an image of people from every tribe, tongue and nation worshipping God in unity but from the beginning, God wove together different ethnicities. Through Rahab and Ruth, Jesus too had non-Israelite blood in his veins. Centuries of colonialism have made many think that the first Black Christians emerged due to Europeans going to Africa. However, in Acts 8 we encounter a highly educated Ethiopian man. We see this encounter go directly against the framework that sought to justify slavery and segregation which portrayed our Black brothers and sisters as morally, spiritually and intellectually inferior. In an era when few were literate, this Ethiopian was reading scripture but also humbly welcomed Philip when he offered to explain the scriptures. Mclaughlin explains that love across racial difference was brought through Jesus and shown in the bible.

In the Bible we are also told that we are made in the image of God as male and female. Without this God given distinction, all we are left with is gender stereotypes. Nonetheless, those of us who have not experienced gender dysphoria cannot hope to grasp it and so sometimes the best way to love is to recognise that we can’t understand. Without a God ordained account of creation, a humanistic evolutionary worldview points only to a world in which we have no human rights and the strong overpower the weak, a philosophy which overwhelmingly benefits men. For the Greco-Roman world, the biblical view that men should only have one wife or remain celibate would have been countercultural. Jesus' showed respect and compassion towards women and if we saw His interactions with first-century eyes, we would have been shocked. The belief that a husband should love his wife as Christ loved the church and gave himself up for her put women first and was just as counter-cultural then as it is today, except for different reasons.

Mclaughlin also clearly and compassionately explains marriage as it is shown in the Bible. We must read the entire bible from its start in Genesis through to Revelation to comprehend God’s passionate love for us. God is the loving, faithful husband while Israel is the unfaithful wife. God forgives and longs for them to come back to Him but again and again, they leave for worthless idols. So then Jesus comes as our bridegroom to redeem God’s wandering people through the Cross. Marriage is meant to represent a union of flesh-uniting, life-creating, never-ending exclusive love but only reflects the final marriage shown in Revelation 19:7 of the ultimate love that will last forever.

Although the Bible has called us to treat others equally, we as the church have failed many times in this respect. For one, Christians have not always seen their black brothers and sisters as neighbours and equals before God and were considered lesser. As Christians, we should repent of how we have not loved across racial difference. Love across racial difference is not only a modern progressive ideal, it began as a Biblical ideal and is part of our inheritance in Christ. By refusing fellowship across racial and cultural difference, we tear the body of Christ.

Christians, have often obsessed over sexual sin, particularly homosexual sin, to a much greater extent than other sin. However, when Paul mentions same-sex relationships, he also addresses other forms of sexual immorality like in Romans 1:28-32, 1 Timothy 1:10, and 1 Corinthians 6:9-11. Mclaughlin mentions that if Paul was here today, he would not look down upon those in gay relationships from a moral high ground but would recognise that he too was a sinner and in fact, says that he was the worst of sinners in the same passage in 1 Timothy. As Christians, we should love LGBT+ people - any abuse by Christians goes against Christ's call for us to love our neighbour as ourselves. It is right to recognise that some Christian’s views have come from deeply homophobic places with many taught to view those identifying as LGBT+ as ‘bad’ people. Subsequently, when confronted with the fact LGBT+ people do not fit this harmful stereotype, Christians are tempted to throw out the baby with the bathwater and get rid of the biblical doctrine of sex and marriage altogether, not just the deeply damaging and homophobic beliefs that distorted this doctrine. Although we should repent of our prejudice and homophobia, we need not repent of our theology.

As the church we have also prized marriage as the ultimate good and singleness as second best. Just as modern culture has, we have sometimes thought that romantic love is the deepest form of love.  Yet the Bible speaks of countless examples of various forms of love. For instance, Mclaughlin calls us to value the biblical principle of deep friendships more highly. Sometimes we have also prized the nuclear family above our church families. However the Bible affirms a family-like love between people who are not genetically related through the church family. The church family is the context in which Paul lived as a single man and commended singleness over marriage and is also the context in which same-sex attracted Christians should be welcomed and loved.

This book has a clear and concise style and is definitely worth a read. Mclaughlin describes personal experiences and has closely listened to those with differing views with a genuine desire to understand their perspectives. She is also honest and points out our faults as Christians, calling us to repentance. I think this book is especially useful as we converse with others who hold secular ideas. It provides a framework through which we can seek to understand and engage with their perspectives and then point them to Jesus. 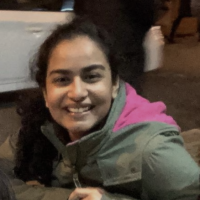 Lyza grew up in Singapore and then studied Politics and Philosophy in Sheffield. She is now doing her masters in International Social and Public Policy at LSE. She likes London but loves Sheffield.

View all resources by Lyza Koshy