The Age of Celebrity Politicians: How do we Avoid Superficial Political Engagement?

From guest appearances on the main stage of Glastonbury to three weeks carrying out gruesome challenges in the jungle…our politicians have become our Saturday night entertainment. But is this removing any depth we have to political engagement?

When it was first announced that Matt Hancock would be a contestant on I'm a Celebrity Get Me Out of Here, I was sceptical that it would make any difference to his reputation. Is it possible for a man who had a very public affair, and who broke the covid rules that he put in place, to win over the hearts of the British public that easily? Coming in at a respectable third place, it seems that it may be.

Matt Hancock is not the only British politician to try to harness the power of celebrity culture to win over a following. A number of other politicians from differing political parties have appeared on I’m a Celebrity or similar reality shows like Strictly Come Dancing. Back in 2019, in an attempt to win over young people's votes, the then Labour Party leader Jeremy Corbyn even appeared on stage at Glastonbury with grime artist Stormzy.

These attempts to be relevant are not always in vain, there is no doubt that politicians harnessing celebrity culture are attracting people who would otherwise not engage with politics. However, when we start to lose depth to policy engagement – casting judgement on politicians based on celebrity status rather than their policies and leadership qualities - our politics will start to suffer.

Not only are politicians using celebrity culture to further their political career - Matt Hancock has announced that he will step down from being a member of parliament at the next election – they are also using their political status to enter celebrity life. In his letter of resignation, Hancock wrote: “I have discovered a whole new world of possibilities which I am excited to explore – new ways for me to communicate with people of all ages and from all backgrounds”. He also encouraged the Conservative Party to “reconnect with the public [they] serve”, stating “I have increasingly come to believe that for a healthy democracy we must find new ways to reach people – especially those who are disengaged with politics”.

At least in part, Hancock is correct – there is a large proportion of the electorate that is disengaged in politics, and politicians have a responsibility to get better at engaging them. But I remain doubtful that reality TV shows and festival appearances create meaningful political discourse that will lead to positive political change. Instead, we risk political engagement becoming shallow, based on an image curated for the media.

How then do we ensure our political engagement is not superficial?

As Christians engaging in the political world (and hopefully encouraging others to do the same), we must place emphasis on the character and values of political leaders, over media image. After all, charm is deceptive (Proverbs 31:30).

While acknowledging the need for grace, it is important that we look at the qualities that our political leaders possess in light of the qualities that the bible tells us are honourable. The Bible instructs us to seek wisdom (Proverbs 4), integrity (Proverbs 11:3), servant leadership (Matthew 20:25-28), humility (Luke 14:11), and a desire to deliver justice (Isaiah 1:17). Often these qualities do not make for entertaining reality TV content, but they do make for stronger decision making.

As people who are instructed to “do justice, and to love kindness, and to walk humbly with your God” (Micah 6:8), we should place significant value on the policies that our leaders stand for. Politicians' approach to issues of poverty, climate, human dignity, freedom of religion and belief, family, and justice (amongst others), should shape our political discussions. As leaders amongst our peers, we can encourage those around us to examine where politicians stand on these issues too, not relying solely on headline news to frame our engagement.

Finally, we should consider getting directly involved in politics. If we have a desire to see leaders whose character and values reflect those of Christ, and who value integrity over celebrity status, then maybe we should prayerfully consider being those leaders ourselves. 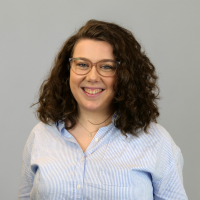 Nicola graduated from the University of Stirling firstly in 2019 with a BA in politics and again in 2020 with a Master of Public Policy. Over the last few years, she has worked within Scottish …

View all resources by Nicola Martin