Humility and the 45p Tax Rate

Last Monday, just ten days after he had announced his mini-budget, the Chancellor Kwasi Kwarteng reversed the most controversial aspect of it, scrapping the 45p tax rate. From the moment he announced the policy on the 23rd September, the Chancellor and government had received calls from across the political spectrum (including many within his own party), to drop the policy. So, what was the reaction to this U-turn? Well, a BBC political correspondent suggested that the decision marked a “humiliating climbdown” for the Prime Minister. Opposition parties went further, attacking the Chancellor directly, with the Lib Dem leader calling on the Chancellor to resign, saying that he no longer had “any credibility”. SNP leader Nicola Sturgeon commented on social media that the government had shown “utter ineptitude”.

But, does admitting that you made a mistake, and then taking action to try and rectify that mistake, really mean you’re inept or lack credibility? Regardless of what you think of the policy itself, or the colour of your politics, surely a leader showing humility is something to be encouraged, not mocked and derided? When the Chancellor was asked by the BBC whether he owed people an apology, he responded, "We've listened to people. And yeah, there is humility and contrition in that. And I'm happy to own it." Very rarely do we witness a politician, and a senior politician at that, apologise and admit that they feel remorse for the course of action they have taken. But that is exactly what Kwasi Kwarteng has done.

Throughout Scripture, we see examples of humble leadership and we see it most perfectly displayed in the person of Jesus Christ who humbled himself to the point of death on a cross. Humility is something that we as Christians are called to demonstrate and it is also something that we should be quick to celebrate in others, encouraging the good wherever we find it. It is easy to criticise those in a position of leadership, particularly those in political leadership. Whilst it is right to hold them to account and to engage critically with their decisions and policies, we should also be quick to point out desirable qualities.

We know that God is sovereign over our leaders and politicians, Daniel 2:20-21a says, “Praise be to the name of God for ever and ever; wisdom and power are his. He changes the times and seasons; he deposes kings and raises up others.” Our leaders and politicians govern only because God has allowed them to. I believe that we have a responsibility to pray for them and encourage them, as well as to hold them to account. Let us not be like the world that expects our leaders to be infallible and then looks for any opportunity to tear them down when they don’t live up to impossible standards. Kwasi Kwarteng demonstrated humility last week and for that, we can be thankful. Let’s continue to pray for him, our government, and all our elected representatives, that they will continue to demonstrate it more and more. 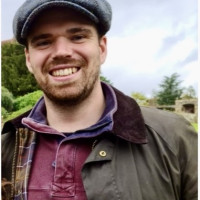 I’m Elliot Curryer the CU Staff Worker for Canterbury. Before working for UCCF, I spent some time working for a Christian MP and previously I served as a Parish Councillor for four years. I live in …

View all resources by Elliot Curryer