Buckle Up: The Farce of ‘Seatbelt Gate’

Perhaps I’m overly disillusioned by the whole thing, but it’s hard not to feel like we are being taken for a ride.

During a week in which the British Parliament debated the UK Government’s use of Section 35 of the Scotland Act to block the SNP's controversial Gender Recognition Bill – a matter of huge constitutional significance, let alone one with significant repercussions for women and children particularly, the British political class erupted into a frenzy over the Prime Minister’s failure to wear a seatbelt.

To promote his Levelling-Up agenda, Rishi Sunak filmed a short video in a moving vehicle and then uploaded the clip onto social media. Our political circles duly erupted, Lancashire Police got involved, and Rishi Sunak had to formally apologise and pay a fine (his second whilst in high office).

Now, I’m not here to excuse wrongdoing or lawbreaking. Whatever we might think about the severity of the ‘crime’, and let’s be honest about this, it’s a minor transgression at worst, the bible does suggest God holds leaders to a higher standard than the rest of us.

Consider the expectations God has for elders who lead our churches, or for the king who was to lead Israel, or for those who seek authority to teach – there is a pattern here that those who are granted responsibility and authority are accountable to God for how they conduct themselves in that role.

This is not another article pretending that standards don’t matter in politics, they do. Which is why this whole matter is so concerning.

In a time of crisis, which we are frequently reminded of – be it the climate crisis, the war in Ukraine, the cost-of-living crisis etc. - our politicians and journalists spent a vast portion of their week writing reams and reams (I’m aware of the irony here) and going on air to debate ‘seatbelt gate’.

We have, it seems, a fascination with noise, with outrage, and with a perpetual ‘whataboutery’ which is completely disingenuous, unserious, and self-righteousness all flowing from a concocted rage that is directed towards political point scoring.

At one level the political class has a point, the seemingly unending drip drip drip of tales of political rule-breaking does erode public confidence, it does undermine the rule of law, and it does alienate our politicians from everyday folk. But what is equally troubling is the obsession with the surface, the trivial, and the petty (and the Conservatives are just as guilty of this, having spent months trying to throw Starmer to the sharks for eating a curry).

C.S. Lewis coined the term ‘Bulverism’ to describe the phenomena of disregarding someone’s arguments based on whom they happen to be as a means of avoiding the substance of their argument. It seems that we are beset with ‘Bulverism’ today.

We have a political class more interested in undermining their opponents than in engaging in meaningful dialogue. We have a politics in which it is far easier to dismiss someone’s concerns about the safety of women and children as ‘transphobic’ than to actively listen and engage with the points they present.

It is easy. It is effective. And the beauty of it all is it takes absolutely no effort at all. Yet, it is utterly corrosive and completely useless in formulating, let alone delivering, decent laws and policies that pursue the common good.

I would love to see deep and well-thought-through debates about the value and purpose of human life, what makes good policy, and the challenges we face as a country. Yet, whilst Rome burns, our politicians spend their time engaging in theatrics and point-scoring. It is boring. It is banal, and it is ill-fitting of those who have the privilege to govern us.

It's probably fair at this point to note that we get the politicians we deserve. It’s no use wagging our fingers at the political classes whilst we too love inane babble – just spend a few minutes in the comments section on Twitter if you don’t believe me. Likewise, we love to see a politician get caught out for twisting the law, but we routinely celebrate ‘borrowing’ someone else’s Netflix account or bending the truth on our job applications. Our politicians are just like us – and that’s the problem.

What gives me hope amidst the noise and my own complicity in the whole circus, is that there is someone who isn’t like me.

Whilst our leaders reflect us and reveal our hearts. Jesus Christ stands in stark contrast to us. He met the high standards God sets for leaders – He is the true king, priest, and prophet that Israel had waited for. We won’t ever find him caught out by some scandal, big or small.

But perhaps more refreshingly, His vision of the good life goes far beyond petty squabbling. He was not brought low by the ‘Bulverism’ of His day which sought to undermine Him as a man of Nazareth, a crazy man, or a man of evil. Instead, He went to the Cross and rose again securing victory over death and sin, releasing us from bondage, and securing for us the hope of eternal life with God Himself in a world made new.

The message of Christianity, the hope it proclaims, and the man around which it all hinges are substantial, deep, and life-giving. 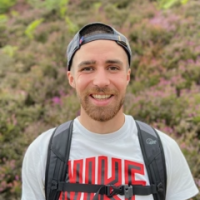