Working in the Westminster Bubble

What does it look like a be a Christian in politics? You may think that the two words should be an oxymoron. Politics is inherently corrupt and Christians should therefore not touch it with a barge pole. Having said that, if you are reading this on the Politics Networks website I’d wager you were past that point.

It can mean many different things, but for me, the majority of my time in Parliament was spent working as Tim Farron MP’s Parliamentary Researcher. It’s probably the least helpful job title I have ever had. The role roughly translates as ‘be anything and everything your MP needs you to be’ within reason. So as you can imagine it varies wildly between MPs. With Tim, the role ranged from campaign strategy and speech writing to booking taxis and diary planning, and a whole lot in between.

It was a mad couple of years. I started as Brexit well and truly got into full swing with no handover, no idea what was going on, and the expectation I would make sure Tim was where he needed to be with everything he needed to have. Needless to say, it had its moments, but it was also good fun.

I remember one evening of intense back to back Brexit votes until 1AM to the point I stopped even registering the division bell. Portcullis House was thrumming with energy (although I have to confess I didn’t stay to the bitter end) and it was like bingo for well-known politicians. Then came the end of Theresa May, who subsequently moved on to our corridor - the land of the Lib Dems and Tory rejects - which made for some odd encounters making tea.

I won’t go into too much detail but let me tell you, nothing can quite prepare you for a general election campaign, especially not the way the Lib Dems do it! Then after the General Election, there was COVID and virtual Parliament…I think you get the idea. It was an eventful few years and by the end of it, I had perfected a power strut that could carve a line through a committee room of politicians as easily as the pigeons on Trafalgar Square. Despite that, I always got the feeling that this wasn’t a particularly exceptional time for Parliament.

So now that you have a flavour of the general mayhem of the Westminster bubble, what does it look like to be a Christian in this context? How do you maintain your integrity under intense pressures and three-line whips? How do you influence decisions for good and for God?

It may not be a commonly held view, but working in politics is a natural home for Christians. In fact, I am often surprised that there aren’t more Christians pursuing careers in politics. Why? Because ultimately politics is about people. It’s about helping and caring for people, representing the voice of others. People God has made, people He cares for and to do the same is a natural outworking of what it means to follow Him. There is the famous command to love your neighbour as yourself but the call to care for people is littered throughout the Bible. In Isaiah 1:17 God calls his people to return to him and ‘Learn to do right; seek justice. Defend the oppressed. Take up the cause of the fatherless; plead the case of the widow.’ It is a common theme. God expects those that follow people to be characterised by caring for the vulnerable.

You might think being a Christian working for a Christian MP meant we were trailblazing on every ethical and human rights issue that came our way. But that is often far from the case and is a pretty one-dimensional view of politics. When you become an MP it isn’t as though that is the end of the road – you’ve made it and now you can do what you want. When you become an MP you represent yourself but you also represent a constituency and a party and will be held accountable to them. You have a particular duty of care to your constituency in particular.

Being an MP doesn’t just involve hanging around Parliament. In fact, you only spend 50% of your time or less in Parliament. The rest is spent in your constituency. For Tim, it meant making the arduous trip to and from Cumbria every week. Constituency work consists of a lot of casework, which is essentially helping people with their problems which can range from accessing benefits and escaping domestic abuse to issues with accessing public transport.

It Is hard work but it is also an incredible place to display Christ's love and Tim prided himself on the fact that no email would go unanswered. He and his team truly went above and beyond for the people that came to them. It is also in the constituency that campaigns are born – I lost count of the number of speeches I had to write on bus services in the Lake District. This is the bread and butter of what it means to be an MP and as a Christian MP, it means showing compassion and commitment to the people to represent and being consistent with the image you presented when they voted for you.

As well as helping people politics is also about influencing people. It’s often this part that people think is slimy. But if you think about it when we talk about ‘witnessing’ is that not a case of influencing people? Influencing doesn’t have to be illicit and manipulative, it can be honest and authentic.

One of the most wonderful things about working for Tim is that he doesn’t have an inauthentic bone in his body. I have with him in meetings with government ministers and elderly constituents, seen him interact with staffers and party leadership and I can safely say that he is the same man in every room he enters. Despite the fact he claims that it was because he wasn’t clever enough to play the game, I think this is an incredible fruit of the spirit and a clear mark that is in exactly the job that he should be. It was this that re-built relationships with colleagues after he stepped down as leader and it was this that made him a constant sort after source of wisdom and advice to other MPs.

One of the things I found most frustrating in Parliament was when one of the Christian ‘buzz’ words came up in a bill, however tangentially and we would get a whole tranche of stock emails from Christian campaign websites. It wasn’t that emailing on these issues was a problem, it was that these were the only topic that Christians ever seems to engage on. The most memorable example of this was when an amendment on abortion was tabled on the Domestic Abuse Bill. Tim’s inbox (which I managed) became a frenzy of concerned Christians for an amendment that was incredibly unlikely to pass. I appreciate that they wouldn’t have known this and that Christians are a very important and often solitary voice in speaking out for unborn babies. However, what frustrated me was that I didn’t get a single email from a Christian supporting the work the bill was doing to protect incredibly vulnerable women. How can we stand up and say it is on the basis of love that we hold beliefs that others find unpalatable if we aren’t showing that love more holistically? Being involved in politics itself is no different.

It is integrity, consistency along with helping and loving people well that wins you a hearing when you stand up on issues that are not popular. This doesn’t mean it will be easy or guarantee success and may just mean you are forgiven more quickly than you would otherwise be. But if you have a reputation for being a man or woman of character and compassion you can plant the seed of a question in people’s minds.

Being a Christian in politics is about showing love and consistency. It’s about helping and influencing people. And it is also about speaking the truth with wisdom and discernment. It is about representing Christ. 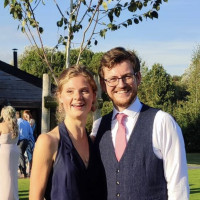 After studying history at Durham, Megan Hills joined the CARE leadership programme before becoming Tim Farron MP’s parliamentary researcher for two and a half years. She now works as an Account …

View all resources by Megan Hills