What does it look like to pursue Christ in local politics? I wonder what first comes to your mind, perhaps raising placards and marching in protests, maybe it’s to keep an active online presence, making your voice heard on Twitter or Facebook. For some of us, it could be reflecting on the day’s headlines and praying for our local representatives. All these actions are genuine ways we can get involved. However, I want to specifically engage with how Christians can pursue Christ in their local parties and political groups.

What first prompted me to start thinking about local politics from a Christian angle were two verses from the last chapter of the book of Proverbs...

“Speak up for those who cannot speak for themselves, for the rights of all who are destitute. Speak up and judge fairly; defend the rights of the poor and needy.”

Proverbs 31 introduces us to King Lemuel, and the verses above are a saying he learnt from his mother. Verse 1 of the chapter tells us this is “an inspired utterance”, so we can trust that these words have come from God. These verses give us a beautiful example of what it looked like to be a godly king. They also give us principles for godly political leadership today.

He is also called to specifically defend the rights of those who find themselves poor and in need. And this is a principle that Christians in local politics today can, and should, apply to the positions they find themselves in. We need to question how we are going to speak and how we are going to behave. These verses call us to godly leadership and participation not for our own gain, self-interest, or ambitions. This is political action defined by speaking up for justice and the rights of all who are destitute.

Opportunities for participation in local politics

So how can we apply these principles from Proverbs to day-to-day participation? I want to suggest three ways in which you can get involved in local politics as a Christian.

This might seem a bit obvious but it’s the best way to get involved in party politics. Local parties are keen to get young people involved so you’ll be warmly welcomed. Local branches or associations provide opportunities to go out campaigning in elections and have a variety of different positions you can get elected to. My experience of being involved in my local branch has been incredibly positive. I’ve met lots of new people, campaigned for great candidates, and even had the chance to serve as a polling agent for a local candidate. Getting active locally also gives opportunities to apply the principles we see in Proverbs. Your local community will have problems that need solutions and people who lack a voice. By participating in local politics, you can start to speak up for those who can’t speak for themselves.

Joining your party’s Christian group is a great way to start thinking about politics from a Christian perspective. These groups can also help you to think through Biblical principles for political engagement. For Labour supporters this is “Christians on the Left", for Conservatives reading this you’ll want to direct your attention to the “Conservative Christian Fellowship”, and for the Lib Dems it’s the “Liberal Democrat Christian Forum”. Furthermore, Christians in Politics provides a cross-party network for Christians to work together. Getting involved in these groups doesn’t require you to be a member of a political party, so if you’re not ready to take that step yet, this is a fantastic way to still be involved in local politics.

Get involved in the Politics Network

As a Christian student interested in public affairs, the Politics Network presents excellent opportunities for learning and participation. When I was a student this involved exploring passages of scripture and networking with individuals involved in British politics. I had the chance to chat with a prominent MP over dinner! The Politics Network also points you to various politics graduate programmes and helps equip you for future participation in current affairs.

I hope this blog post has given you a small taste of what the Bible has to say about how we are to engage with our politics and society. I also hope it’s given you some ideas about how you can engage in local politics for Christ. 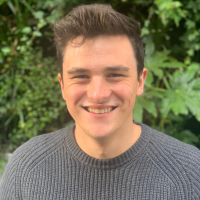 Josh is a former member of the Politics Network and currently works in Parliament for a Labour MP.

View all resources by Josh Nicholson