Policy-making: the Good, the Bad and the Christian

Is policy-making just a technocratic process? An outcome of government machinery? And as Christians, is there really a need to be involved in policy-making anyway, or is it just a mucky business?

Let’s first consider what ‘public policy’ actually is. On such a broad term, there is inevitably no complete consensus. However, the Civil Service define it as the government’s role in improving the welfare, security and prosperity of the nation.

Perhaps another way of looking at policy-making is that policy should always achieve what otherwise could not happen on its own, providing the greatest benefit for the public, rather than the private interests of the political elite.

Whilst that is what policy should aim to be, some Christians are rightly sceptical about whether this is the case today. Their distaste for public affairs and the political climate means that they withdraw from the political arena, notably the policy-making process. Public policy should be driven by the positive desire to see society flourish. However, policies that are decided by Government Ministers will be influenced by their own ideology, philosophy and political persuasion, which will inevitably impact their policy-making and interpretation as to what is best for society.

This could be seen as a bleak and hopeless beginning to our understanding of policy. There are very few Christian Government Ministers and Parliamentarians with a faith that shapes their worldview for the glory of God.

With so few Christian Ministers and officials, does that mean the policy-making process is beyond help? Is all policy inherently un-Christian? Does this mean we must still obey and follow them all? What if we disagree with the policies that come out of government or, worse, consider them harmful? On what basis can we judge good and bad policies?

To start to answer this, we need to first consider the source of policy-making.

Paul teaches in Romans 13 1-7 that Christians should recognise and ‘be subject to the governing authorities’ because they have their authority from God. It is astonishing that Paul affirms that the Roman imperial ‘powers that be’ (v1, KJV) who executed Christ are ‘God’s agent for your good’ (v4 NRSV).

Paul affirms human government, but in the context that we obey because its authority is from God.  Whilst this will not always mean that any elected Government will be godly in their conduct or fully in recognition of their authority as having come from the Lord, we have a duty as Christians to obey them as they perform this command.

It helps to understand that this authority is of secondary importance, relative to what God has done in Jesus and is doing by the Spirit (1 Peter 2 and 1 Timothy 21-3). In other words, relative to the gospel of Christ, and the transforming of life by the Holy Spirit, what Government can do matters relatively little.

Yet it does matter! Human institutions of civil government have a place in God's purpose. They can be a means for establishing conditions for what matters much more: gospel work.  They administer justice, preserve peace and order, and do whatever else is wise for the promotion of the common good. Even in their many flawed forms, they have a certain legitimacy and are to be respected and obeyed. Government should be our servant not our master, to promote our freedom and well-being while we prepare for the return of the King.

Biblically, government is both legitimate and limited.

What makes for bad policy is when rulers subvert their God-given authority, fail to administer justice, preserve order or promote the common good.

A current example of a bad government policy could be the permitting of transgender women in female prisons. The identified problem is that a transgender woman is still a man by sex, creating confusion as to which gendered prison they should be sent to. This has been debated in Parliament and the High Court, creating tensions over whether gender ‘recognition’ or women’s safety in prison ought to be prioritised. Despite a number of sexual assault cases and other sexual offences by transgender inmates on women, transgender inmates continue to be allowed into female prisons, with the State permitting this. This policy prioritises a select group’s rights over others and sets a precedent that certain acts of violence may be an unfortunate, but acceptable, cost arising from an ideological promotion of sex and gender. Whilst the market could not have corrected this problem, the governing authorities have listened to lobby groups and their spin and have adhered to an ideological stance on a minority group, over the safety and wellbeing of female prisoners.

Even in seemingly tricky cases, Christians always have a better story to tell, even in policymaking. Though some Christians will disagree on the exact policy to be used, we should be treating every human being with dignity, recognising that they too are made in the image of God (Genesis 1:27). A potential new policy could be to introduce trans-only wings of prisons, protecting women from violence from trans-women whilst also protecting trans-women from male prisoners, a common critique by trans lobbyists.

Micah 6:8 reminds us that we (which includes policy-makers) should do justice, love kindness and walk humbly before our God. Even when political spin plays out in such a way that would deem practical applications of biblical truths as ‘cruel’ or ‘harmful’, such as putting restrictions on trans women in prisons, we have a hope that is far more sure and certain than passing ideologies. God’s word has given us principles and understandings of public good that stand the test of time, because ‘the decrees of the Lord are true and righteous altogether.’ (Psalm 19:9-10).

So, taking our definition of public policy as being in the interest of the welfare, security and prosperity of the nation, we can see that the admittance of trans-women into female prisons subjects women to potential violence, placing them in a position of unnecessary danger. By creating a new wing for this minority group, prison wardens can best service each group according to their needs, whilst also protecting the safety of female prisoners. At the same time, trans-women are not at risk of further harm from male inmates by being sent to the prison of their biological sex. By creating these separate wings, we are upholding the dignity of all groups, whilst also not permitting transgender inmates to always choose the prison of their ideological preference.

Policy-making might often feel like a mucky business but we would encourage Christians to be at the forefront of policy-making, as it is a place where we can influence society for the good of all, whilst remembering that any Christians speaking truth to power should come from a place of humility and experience of doing what we can to practically help those around us.

We all need to earnestly pray for wisdom for leaders and decision-makers to create just and good policies, that serve the common good. We should be praying that they perform their role as governing authorities well – that they would adhere to their command to ‘commend’ what is ‘right’ and to be ‘God’s servants, agents of wrath to bring punishment on the wrongdoer’ (Romans 13:3-4 ESV). Even if we are not on the ‘front line’ in a direct position of influence on policy-makers in earthly terms, all Christians are in a direct position of influence through our prayers – so let us pray.

This article includes several policy recommendations and statements that are the views of the authors and do not necessarily reflect those of UCCF. 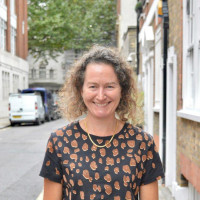 Philippa is the Director of the CARE Leadership Programme

View all resources by Philippa Taylor