A Christian Case for Free Speech

For a man constantly in chains for his criminal speech, Paul certainly never minced his words. He was an early proclaimer of a truth that would see millions of people turn to God across the world.

That same truth would also spark the radical transformation of Roman society. From a barbaric caste system where slaves and infants were owned, beaten, and killed at will, a new moral worldview would emerge to establish human rights globally and declare the inherent worth of every created being – male or female, Jew or Greek, slave or free. It’s just as well that Paul never heard the misquoted trope often cried today: preach the gospel at all times; when necessary use words. The phrase is wrongfully attributed to St Francis of Assisi. Some use it to imply that good deeds are superior to the act of audible sharing.

But what Francis actually said was, “preach by your deeds”. Yes, make your actions reflect the words that you speak. But don’t be silent. Words have power. It was by words that God spoke life into the world. It was by words that the great promise of a Messiah was transmitted through generations of Israelites until the arrival of the ultimate logos – the word in flesh. And so we were commissioned to spread the good news also by words. The command “to proclaim” is featured over thirty times in the gospels alone. No lights hidden under bushels.

Despite the emphasis on words, Christians haven’t always gotten it right about free speech. When the Church gained influence and started to protect people’s right to hear the gospel, they forgot to protect the right to respond to it in different ways – to ask questions, to debate. In 1697, 18-year-old Edinburgh student Thomas Aikenhead was the last man in Britain to be executed on a charge of blasphemy. He had challenged, even mocked, scriptural teaching. Tragically, meaningful engagement with Christians was denied.

Thankfully, in the West, things have changed. The Church now broadly welcomes open debate. In early 2021, Scotland finally abolished their dormant blasphemy law that had once seen the death of Thomas Aikenhead. But problematically, as Christianity has swung out of ideological favour, the new legal situation hasn’t seen doors open for free and fair conversation. Christians once again find themselves in a difficult spot legally when sharing the gospel.

In the same fell swoop as Scotland removed their blasphemy law, they actually inserted new speech restrictions under the Hate Crime and Public Order Act which can chillingly censor deeply-grounded Biblical truths about topics like marriage and gender, and potentially place people in prison for using language judged by others to be “abusive”.

That’s ok for Christians, some might argue. We surely shouldn’t be using speech that is “abusive” and offensive in any case.

But just who gets to decide what that is?

Though this law in Scotland might be new, speech restrictions against Biblical truths on “abusive” grounds have been growing for some time across the UK.

In May, 71-year-old London-based street preacher John Sherwood was physically pulled off his stepladder by police and arrested for expressing his view that marriage was between one man and one woman – a belief rooted in the Bible and core to his faith. Less than a week later, a school chaplain was reported to the government’s terrorist watchdog for telling children that they are allowed to believe the Biblical position on marriage if they want to, but should also “love thy neighbour as thyself”. And in August, Hazel Lewis was finally acquitted, eighteen months after being arrested while preaching. Her offence allegedly included repeated references to people as “sinners”; and an appeal to those goading her, including for her biblical views on human sexuality, to “accept Jesus and God into their souls to redeem themselves from sin”. It’s a turn of phrase which may be found jarring in today’s culture but is rooted in the message of salvation which is core to the Christian faith.

Were these Christians truly using words that were “abusive”?

The problem faced by public evangelists is that the charge of being “abusive” is interpreted in the eye of a subjective beholder. Paul warned that the “message of the cross” would be “foolishness” to some, and the “power of God” to others. Substitute the accusation of being “foolish” for “abusive” (perhaps by the use of the term “sinner”) and the police are likely to take action under Section 5 of the Public Order Act. Even if individual preachers are not ultimately prosecuted, it’s their inability to predict whether they can express their beliefs in public without incurring criminal sanction and the ensuing self-censorship that should be of deep concern to all of us.

Fortunately, there is hope. The infamous Public Order Act, under which street preachers have been wrongfully arrested for sharing their faith, is currently being reformed for the first time in its thirty-five-year history. There is a slim yet hopeful opportunity to insert a free-speech-protecting clause into the notoriously censorial Section 5. There are also calls to use this chance to ensure that police officers receive better training to balance public order concerns with the importance of protecting free speech and open dialogue. Shutting someone down by simply branding them offensive serves nobody.

Christians should support these calls for free speech, not only for their own right to preach but for everyone else’s right to hear, assess, and respond to the gospel. And that means that Christians have to be open to engaging with challenge, dialogue, and criticism too. It cannot be a case of free speech for me, but not for thee. Christians can practice this in their engagement in the public square, both off and online. We need to set an example of engaging in fair conversation with those of different views. Supporting this in our personal lives as well as our political engagement is key to upholding the principles of an open democracy.

The world has come a long way since Paul sat in chains for his expressing his views. Christians may be called to be ready to face difficulties, but freedom to preach, and to be able to hear preaching, is central to one’s ability to seek truth and live freely. Keeping the doors open for the sharing of faith is an important act of upholding the freedom of Christians and the importance of dialogue, debate, and discussion in society as a whole. 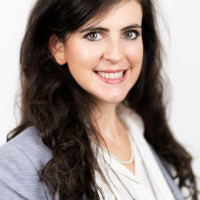 Lois McLatchie is a communications officer for ADF UK, a faith-based legal advocacy organisation that protects fundamental freedoms. Formerly a human rights advocate for ADF International at the …

View all resources by Lois McLatchie