As liberalism developed over the centuries, its flaws became obvious as its lopsided emphasis on the individual produced negative effects for the ordinary communities people need to flourish. While some people sought to adjust liberal principles to rectify these defects, others looked elsewhere, namely, to the larger political community, for a solution. Some, of course, did not envision empowering the state as such, putting their faith in a more spontaneously forming community that would embody the best of human aspirations. Nevertheless, their efforts to implement their agenda necessarily called on the support of the coercive arm of government. In so far as the specifics of their programmes focussed heavily on economic empowerment, the sought-after results came to be given the socialist label.

What is socialism? It is a political ideology that aims to equalize the enjoyment of economic resources across a society, thereby eliminating the ancient cleavage between rich and poor. This would be done by everyone pooling their resources instead of each person claiming exclusive ownership over a portion. In other words, common property would replace private property. Under this arrangement, each person would work to produce the wealth that would go into a common pot, refraining from making a particular claim to the fruits of their labours. As the pot would be continually filled and refilled, any members of the community could draw from it to meet their own needs. Or as Karl Marx famously expressed it, “From each according to his ability, to each according to his needs.”

History records multiple examples of communal ownership and redistribution of property, but these have generally been limited to small groups of people heavily invested in each other’s welfare. For example, the book of Acts twice mentions that the early Christians in Jerusalem practised a form of property sharing (Acts 2:44-45 and 4:32-35). As the church grew in numbers, the apostles ordained deacons to ensure a fair distribution of the community’s resources amongst its members (6:1-6).

Monasteries too are often organized on the principle of communal ownership of property, with members taking vows of poverty. Some groups in the Anabaptist tradition, such as the Hutterites, also maintain a community of goods.

However, the larger a community becomes, the more difficult it is to carry this out in the same way. Why? Because as their numbers increase, people form multiple communities differentiated according to specific purposes. A school educates children. A business enterprise produces goods and services. A labour union defends the rights of workers. The political community does public justice through the institutions of government. The gathered church community nourishes believers with the word of God and supports their efforts to live the Christian life. Each of these communities has its own resources which it distributes to its members in accordance with its larger purpose. To speak of the community—as if there were only one—makes little sense in this context and does not account well for our experience of the rich pluriformity of society.

As a consequence of this reality, flesh and blood socialists had to moderate their expectations. Still committed to economic equality, they increasingly championed a welfare state aimed at redistributing at least some of a country’s resources from the few to the many. Such policies include the progressive income tax, social assistance for the poor, universal healthcare, old age pensions, subsidies for public transportation, and the like. Of course, one need hardly be a socialist to favour such welfare state programmes. Up until Margaret Thatcher’s rise to power in the 1970s, the Conservative Party adhered to the postwar consensus favouring the welfare state, but for essentially conservative reasons. Nevertheless, the welfare state is more often associated with socialists and progressive liberals in the popular mind. If this is still socialism, then we’re likely to call it democratic socialism or social democracy, the variety associated with the Labour Party.

Nevertheless, many socialists are not satisfied with the welfare state, which they believe inadequate to achieve genuine economic equality. Such revolutionary socialists seek a wholesale expropriation of productive property from its private owners, vesting ownership instead in something they call the people. It is not incidental that the Soviet-style communist states, established in the wake of the two world wars, styled themselves people’s democracies or people’s republics, thereby staking their claim to be controlled by those they ostensibly represented. In reality, of course, this overuse of the term people disguised—but not very well—the fact that the people do not exist as a responsible agent. Human beings organize themselves into multiple communities, especially in a large geographically extended society. Each of these is a responsible agent, assuming a measure of authority over its members, even as it acknowledges their participation in other overlapping communities.

By contrast, socialists, whether of the democratic or revolutionary variety, are too often blind to the existence of this societal pluriformity. They correctly see the flaws in liberal individualism and properly recognize the role of community in human flourishing, but they generally have difficulty telling us which community they have in mind. As a result, in virtually all cases, this community ends up being the state, which claims the right to reorganize the entire social fabric to secure economic equality. Thus, like the other ideological visions that vie for our allegiance, socialism, even in its milder reformist expression, carries at least totalitarian potential.

At their best, however, socialists have called attention to the plight of the poor and disadvantaged, thereby demonstrating their debt to the biblical call to defend the widow, the orphan, and the sojourner (cf. Exodus 22:21-22). Socialists were at the forefront of efforts to expand the franchise in the late 19th and early 20th centuries and to empower labour unions to represent industrial workers. In fact, one of the founders of the Labour Party, James Keir Hardie (1856-1915), became a Christian through the preaching of American evangelist Dwight Lyman Moody. To be fair, we must admit that socialists have made genuine contributions to the wellbeing of British society. Nevertheless, where socialism errs is in failing to recognize that common ownership is properly assigned to a variety of communal formations, and not just to a single community operating through the state apparatus. And, if this is so, we need to seek something better. 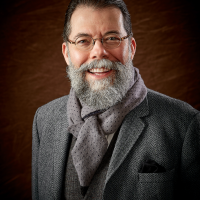 David Koyzis is a Global Scholar with Global Scholars Canada and is the author of&nbsp; Political Visions and Illusions &nbsp;(IVP Academic, 2019).

View all resources by David Koyzis